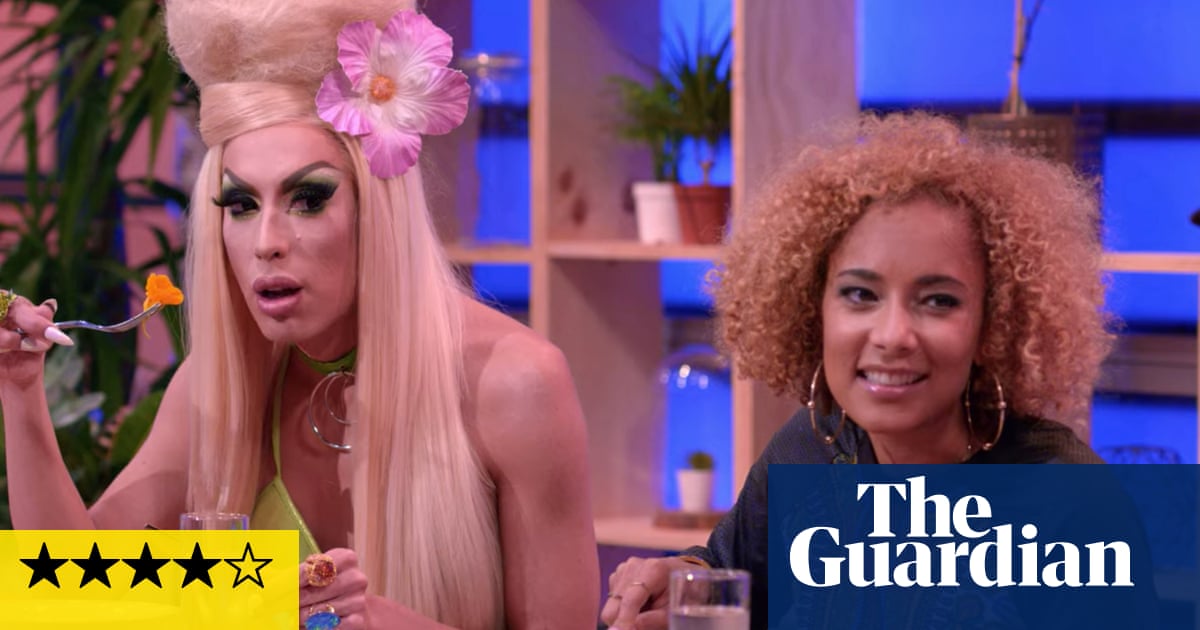 It is surely only a matter of legal issues that prevented a show like Cooked With Cannabis (Netflix) being made before now. The culinary competition, filmed in California – where recreational use of cannabis is legal – switches up its themes, guest judges and contestants from episode to episode, but there is one constant: every dish must be, well, cooked with cannabis. Judging by the results of this slapdash and strangely relaxing show, we have been missing out.

At this stage, let us pay tribute to Gone to Pot: American Road Trip, the 2017 ITV documentary in which Christopher Biggins was fed so much food that had been cooked with cannabis that he passed out on a bus and then had to call for help because he couldn’t move. It missed out on a Bafta, sure, but it will always remain one of the greats in my mind.

Here, the levels of tetrahydrocannabinol (THC), the psychedelic component of cannabis, are revealed at the beginning of each course, perhaps to avoid a repeat of the Biggins incident, but, frankly, even some of the contestants don’t seem too sure.

TV competitions are inherently stressful, especially ones that involve cooking. There are time constraints, ingredient restrictions, the prospect of putting your dishes in front of famous restaurant critics or infamous chefs. On Cooked With Cannabis, most of the people on screen are so laid-back that they seem close to falling over. Even the hosts – Kelis, who is a classically trained chef, and a man called Leather Storrs – are calm and happy.

At the very least, the contestants are aware of the idea that they should be under pressure to perform and win the $10,000 (£8,000) prize, but they don’t seem particularly fussed by it. When one contestant, Amanda, is disappointed with how her lamb is turning out, she shrugs: “Still, it’s a good showing, I’m not mad at it.” By the time dessert rolls around, Cynthia, who gives her age as “ageless”, just cannot remember what she is looking for.

The doors of the studio have to be opened to let some air in. It is no big deal. We could all do with a little less stress at the moment, and why not find it in a studio full of happily stoned people, gorging themselves on food that will make them even more high? “I’m gonna snuggle her,” says Kelis at one point, referring to Cynthia, which you can’t imagine hearing from the MasterChef judges.

The guests, the “best buds”, are excellent value, too. In the opening episode, Ricki Lake and the singer Elle King are joined by 24’s Mary Lynn Rajskub and the comedian Jo Koy, although the recognisability factor drops off as the series goes on. While I understand that the judges on regular food shows have to eat small mouthfuls in order to leave room for everything, there is something free and delicious in the fact that everyone here eats everything put in front of them. Say what you will about the munchies – and, based on my own student experience, “I can’t believe you ate a whole loaf of bread” should be an option – but this is no place for dainty mouthfuls. The enjoyment is palpable.

Given that the competitive element is not really at the fore, the show finds its tension in different places. As the THC measurements flash up – 2mg, 4mg or “I don’t know, three?” – you start to wonder just how high everyone will get. Now that MasterChef is over for another year, I started to daydream about a crossover episode. We can only wonder what John Torode and Gregg Wallace would make of that.

There are attempts to make Cooked With Cannabis educational. I learned about different strains and flavour profiles, that sativa gives a head high, while indica gives a body high and should be served at the end of a meal to bring everyone down. Some types of cannabis taste of pineapple and bubblegum, others of fruit punch and citrus. I am sure connoisseurs feel strongly about this, but, near where I live, we can rarely tell the difference between the smell of fox urine or a strong spliff, so I am not yet convinced of its tastiness.

Still, I watched Cooked With Cannabis with nothing but a coffee and its easy charms made me laugh more than I had in days. I couldn’t really remember the food, but then I am not so sure anyone in the studio did, either.